Keke GT I know you ate fallen already. I think more hot kisses will come my way Loving this drama so much. I picked it up just for fun and really wasn't expecting it to be so good. Tvn needs to stop playing with my heart, the rate at which they are producing gems like this is making it hard for me to do anything else but stay glues to the screen.

I'm just so in love with this show. Like seriously, I'm crazy for it. I LOVE our leads together and this episode is one of my favorites for them. When Ki-tae got drunk and bonded with her dad I was already super satisfied, but then he went on to be such a hilarious drunk! Yet, I love how instead of being just another hilarious drunk scene, except with him instead of her for once lol the bed scene ended up actually being such a vulnerable and sad scene, and managed to be so, while still making me laugh and swoon there was stripping involved, after all lol.

He isn't your typical spoiled playboy who wants to date girls without committing or keep his nice apartment. He's just a normal guy who very desperately feels the need to protect himself and the place that has been a solace to him all his life, and that's why he's doing all of this.

I think Jang-mi had already begun to understand that, but this was the first time she saw just how much of a struggle it is for him. Of all the characters, I really do think his growth will be one of the most rewarding. What's lovely about this scene is that it leads to such a lovely conclusion!!! I cannot express enough how much I LOVED that their first kiss was initiated by her, out of concern for his well-being, thus highlighting the fact that they now know and care about each other's situation enough to prolong the ruse for each other's sake and not for themselves.

This, of course, mostly applies to Jang-mi because, at this point, the ruse doesn't really help her. It's just so great because I was totally already expecting their first kiss to happen eventually for their sham, but I definitely assumed that Ki-tae would do it because he's the one who really needs this. That's why I just love how everything unfolded so differently and much more satisfyingly than I expected! And thats not even mentioning how he reciprocated ;.


Also has anyone else noticed how pretty and bright Han Groo's eyes are? The lighting in that last scene set them off beautifully. I agree I am totally enjoying every bit of this drama, and have yet to find something about it I don't like. It's so real and refreshing. Thanks for the re-cap. Thanks for the recap. I'm certainly on the loving this drama bandwagon. What a great show that's not afraid to show real relationships. I can't think of anything about it I don't like. I don't mean to be naive, but I just expect this drama to continue soaring as it goes on.

It's not possible in my mind for this drama to lose steam at any point. Adults are like adults! This is like the first drama I've seen where we've got cross-kissing going all over the place. I always hate that in dramas, the male leads tend to be the ones who get to kiss more than one person, so I like that Jang-mi is like a regular person who kisses more than one guy. And I don't love her any less for that. When Ki-tae deepened that kiss, ohmygawd.

It made me squee, and I hardly squee. This couple, so great.

I was disappointed that opening didn't happen, but I know something better will come along. I love these openings by the way because I'm finding they keep me hooked. Urgh, Se-ah, could you want anything without being more selfish? So frickin' delusional, that one.

And Yeo-reum, I don't care for you. Your mysteriousness is neither attractive nor swoon-worthy, so stop it! I love Jang-mi, but I don't like it when she's with this guy. So much to say! I wished I'd picked this drama up after it finishes so I could marathon the whole thing! But then I wouldn't be able to write this. The male lead is portrayed as a frigid homebody, while the female lead is out drinking and kissing-around.

I actually was pleasantly surprised with Se-ah. I mean she's obviously one of the bad guys at this point, but I liked the fact that she interferes with the main couple not because she has feelings for Ki-Tae as in every dramaland romantic triangle , but because she wants a child from him WITHOUT him. I think it's a nice twist, since I assumed she was a manipulator in love, but nope, she's just selfish, and that goes so effing well with her character!

The only character that didn't surprise me and please me is Yeo-Reum, I mean being abandoned by your mother with pancakes is pretty common in dramaland: I see her as very controlling and her air of entitlement makes me wonder if she could ever have feelings for someone else because of these reveals:.

Especially 2 - nevermind the purchase of house. I get it she doesn't enjoy the 'cramped space' HE chose and wants, but hey Some prior consultation and comunication would be err, nice? This isn't related to Se Ah's personality,but her eyebrows have been getting on my nerves.. I know, but it's a thing of mine. Loving the show, I hope it stays strong and doesn't go all melo on us. I think Se Ah still has feelings for Gi Tae she basically says as much to various people, and I wouldn't put it past her to have contrived that date auction to have the chance to buy a date with Gi Tae.

I agree with se ah trying to save face since from the flashbacks it looks like se ah was more then willing to marry and live with gi tae for the rest of her life but he was the one that initiated the breakup..

Besides, it's one thing to sleep with your friend's ex, and another to sleep with the total jerk who screwed her over!! To me that means she completely dismisses how much Hoon Dong hurt her friend. I feel that the writer did that so that the viewer would get satisfaction because it is a kind of indirect revenge on Hyun Hee, and at the same time it doesn't compromise Jang Mi's image as a good person The kiss at the end was way better than the kiss she had with Yeo Reum especially because she's making the decision to save him regardless of the pain and mess it will bring her, but what's with his limp arm?!?!?!?!

I couldn't help noticing her full-heartedly flinging her arms around him while he just scoops her in with just one aggressively decided arm while the other just hangs there. Killed the shot for me. That kiss at the end was super hot. I love her eye-flutter after he stars really kissing her back. I see his one-armed embrace for two reasons: It shows that he is still torn on being attracted to her. He can't help but NOT to reciprocate her skinship. This is the second time she surprised him with an embrace - the first time when she saved him in the bathroom.

On that occasion, being half-out of his mind and unable to think things through carefully, he grabs on to her for dear life. In this second case, although he's surprised, he still has his wits about him - enough to be able to hold back just a bit.


From a cinematography perspective, his keeping one arm down make the shot more open to the viewer and allows the audience to see more of what is going on between them. I totally agree with your comments about how deft the writing is and how it really makes the characters seem fresh and real. And of course, it's always nice to see characters look like they're actually enjoying kisses and skinship, whoo. I really enjoyed this episode not just because it was very funny but because it also started giving us more concrete glimpses into the motivations and backgrounds of these characters.

How interesting is it that both JangMi and YeoReum experienced abandonment as children but they have grown to deal with it in opposite ways?

Yeo Reum remains aloof so that no one can get close enough to hurt him again while JangMi throws herself after anyone who shows her some interest because she's so desperate for connection and so fearful of being alone. Him revealing that to her is seriously the perfect way to shake her resolve, although he doesn't even know that. These characters have experienced so much trauma and it colours everything they do, even as adults. I think there is a lot of truth in that.

And while KiTae might be going to extreme lengths to retain his solitude, I can completely understand his desire to keep everyone at arm's length and to revel in solitude. She is blackmailing her ex fiance into helping her have a child so that she can live with someone who is just like her?! I had to pause the show for awhile just to absorb the immense wrongness of all that. I do not blame KiTae for ending things with her, wow. I really hope we get some insight into what makes her tick because I can't currently fathom it.

Definitely not okay with HyunHee getting HoonDong wasted so that she could sleep with him. And I still can't tell if she's genuinely interested in him or not. I really thought she was only interested in his money up until now but this show's doing such a good job of giving all the characters depth that I want to believe there's more to it than that.

Also just yowza at KiTae deepening the kiss at the end. I'm glad the opening didn't happen just because it would have been way too soon. They don't feel that strongly about each other yet so I'm okay with them taking things slow. I agree that Se Ah is just freaking nuts. But what makes it interesting is that I have never seen that trope used in a drama before, and am curious to see where this leads to. 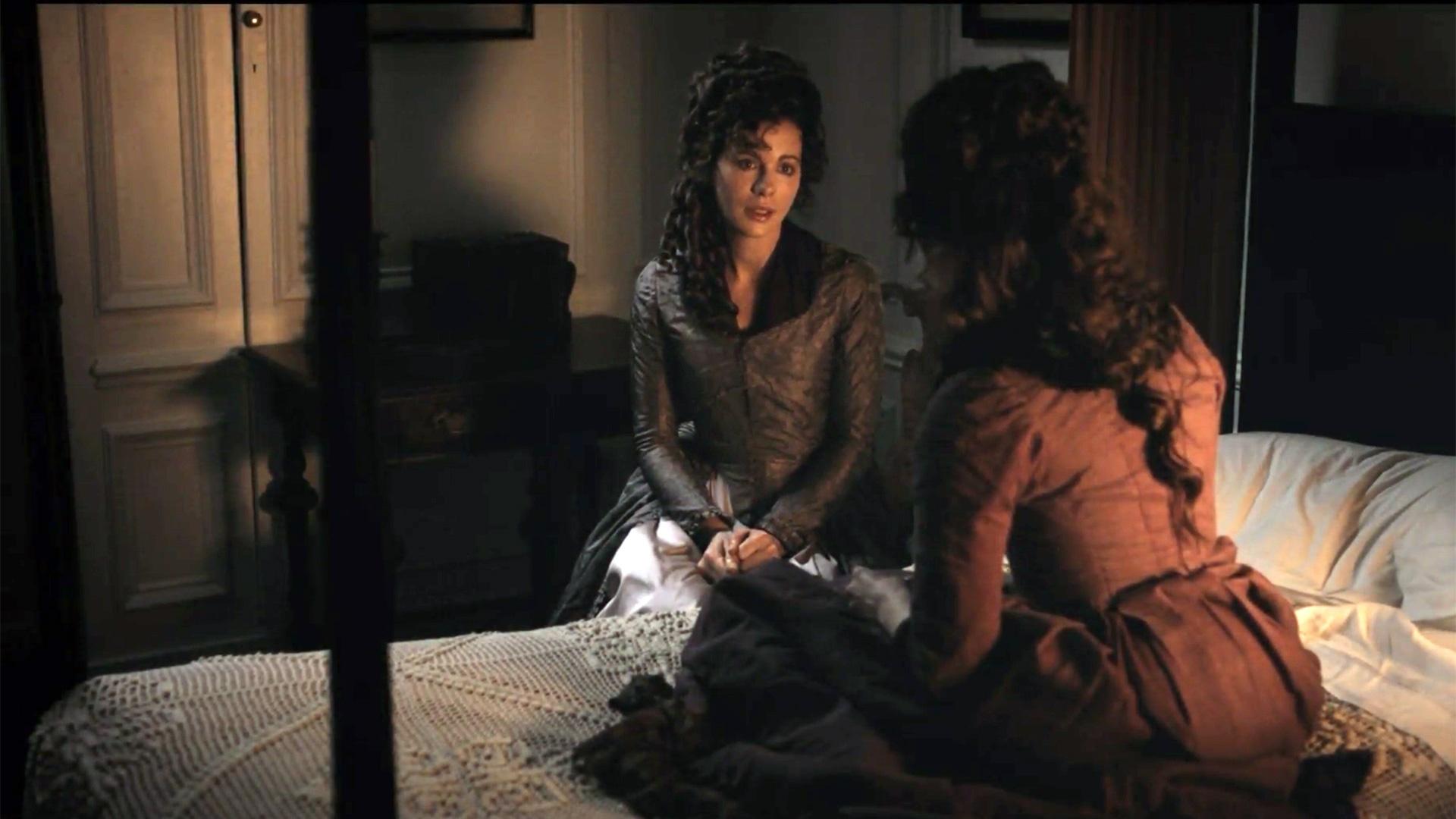 She seems to be an extremely controlling person - and maybe thinks that if she is a single mother she can mold the poor kid into her exact self image we all know how well that usually works out in real life. I find Se Ah's character very interesting.

She seems like someone who has everything figured out in her life and although she has made it clear herself that she is narcissistic, from my point of view, it doesn't seem that way. She is definitely not the one dimensional second lead whom you want to bitch slap nor is she someone with no feelings for GT.